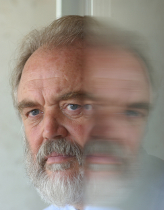 Timothy C. Mack, Esq., founded AAI Foresight after several decades of experience in the public policy arena. In addition to holding research positions at prestigious academic institutions such as Harvard's John F. Kennedy School of Government and the National Academy of Sciences, Mr. Mack was the policy analyst for the Comptroller General's Budget Policy Task Force at the U.S. General Accounting Office. Subsequently, he served as Vice President for Research at WPP Ltd., the largest business communications and policy analysis firm in the world.

While working in the private sector, Mr. Mack has assisted organizations in the manufacturing, healthcare, insurance, and energy fields, as well as foreign nations. Mr. Mack has written extensively in the public policy, marketing, and technology areas, and has been published by such presses as MIT press, National Academy Press, the U.S. General Accounting Office, and the Greenwood Publishing Group.

For the past ten years, Mr. Mack served as President and CEO of the World Future Society, the largest and oldest foresight organization in the world. During that period, he consulted for and spoke to a wide range of global associations, corporations and foreign governments concerning trends and change management strategies.

Book Tim Mack as a Speaker