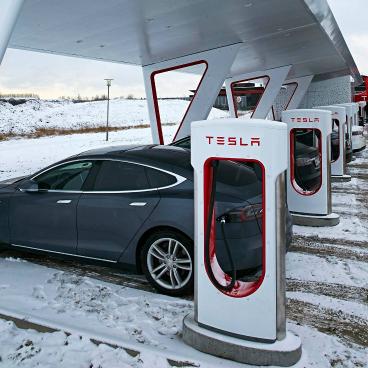 Electric vehicles (EVs) continue to climb in attractiveness, with the Tesla Model S winning acceleration comparisons hands down. Their environmental advantages are clear, but the cost and recharge requirements of automobile batteries continue to stand in the path of broad market acceptance of EVs. Breakthroughs in this area are announced regularly; however, any celebrations might be followed by an “Oops!” announcement, or the “breakthrough” may gain no real momentum and just fade away quietly.

While lithium ion battery technology continues to show promise, some of the mechanics of how these batteries actually work remains a mystery, as a small change in configuration can produce large, unexpected, and often negative results. Certain battery materials may start out very promising, but, for reasons not yet understood, diminish in effectiveness over time, as BusinessWeek writer Steve LeVine explains in his new book, The Powerhouse: Inside the Invention of a Battery to Save the World (Viking, 2015). The chemical and physical interactions of these new materials have the nature of a just-discovered continent—where the dynamics are not completely clear.

A good deal of battery science is now proceeding on trial and error; when those innovations work, the reason why is still often unclear. In fact, it may be likely that more progress in battery technology can be achieved incrementally through engineering or manufacturing approaches (or even by lightly tweaking the chemistry of battery materials), rather than through dramatic new breakthroughs—which may include unforeseen pitfalls down the road.

The adoption of EVs remains a very small portion of the car market as a whole. This is in part because even the most extravagant industry projections of 200 miles on a single change fall significantly short of the 350-mile average range for a tank of gasoline. And the $35,000 hoped-for price of a bargain Tesla is still $20,000 more than a low-end gasoline car.

However, the spirit of discovery continues to thrive. LeVine reports that work at Argonne National Laboratory is making new advances with previously problematic technology by using lower voltages and new additives in trace amounts. But it is still a tough business for technology startups. As one former executive of an innovative (but now bankrupt) battery company recently said, “Energy storage is a game [best] played by big players, because there are so many things that can go wrong in a battery.” Note: Futurists may often become enamored by the promise of a new technology and its transformative potential while not giving the practical side of technology adoption enough thought, especially potential operational obstacles. This is particularly true in the new materials arenas, where nanotech and composite materials are literally creating new science and the rules of the game are still being discovered.

While taking a “wait and see” approach sometimes tries the patience, it is preferable to issuing a rather noticeable public retraction for technological promises that can’t be kept.